A trade embargo. How much of a disaster could it be for a country’s economy?

In a modern and globalized world, trade is a hugely important part of the country’s economy as a whole, representing on average 58 per cent of the GDP globally. This condition creates incentives to be effectively used in and therefore hit the unfavourable country, by restricting or even banning trade flow. But is this to be feared by the affected country’s population? And to what extent are such actions really effective?

But first, let’s start from the beginning. What exactly is a trade embargo? Generally speaking it’s one of the possible economic sanctions that a country or an international body, like i.e. the United Nations or the European Union, can impose on another country in order to partially or completely block a trade exchange. In other words a trade embargo is a law or policy which, when initiated, prohibits or otherwise restricts the importation/exportation of goods, hence being clearly a punitive action. Moreover, an embargo may also include:

Usage of such measure is being considered as the middle measure between the diplomacy and military intervention against other country. Nowadays, the main purpose of sanctions and more specifically embargoes is to influence the behavior of the target country’s governments, individuals or groups in hopes that will improve the situation in that country, while at the same time causing the smallest possible damage to the country’s population.

Circumstances which can provoke launching of the embargo procedure may include:

When did it all start?

The first internationally imposed embargos were deployed in early 19th century. In 1806 the US had launched the so called “non-importation act” aimed to restrict some of the imported goods from Great Britain as reconciliation for the impressments of the American sailors and failure in accepting the neutrality of the US during the Napoleonic Wars. Among banned products were i.e.:

In fact, this solution hadn’t been effective, as smugglers easily found their way around from this restrictions as well as banned products were not the most important for either the British sellers or American buyers, thus became inefficient. The following government decision was to impose a comprehensive embargo in 1807, literally shutting down the US foreign trade and closing every port for export in either US or foreign vessels and import from Great Britain. The purpose was to give a stimulus to the development of America’s industry, by encouraging people to produce commodities previously being imported. This decision made by the US President Thomas Jefferson also ended up in failure, since it throttled the nation’s economy by depriving access to the foreign market. As a consequence farmers and planters couldn’t sell their corps, merchants were bankrupting and the country finances slumped. The Brits and French in contrary were doing pretty well, selling for instance surpluses of previously imported US cotton, with now higher prices. The embargo was lifted up the following year in 1809, keeping restrictions only towards Great Britain and France. At the end, actions which intentionally were to prevent military intervention, ultimately led to launching the war of 1812 between the US and Great Britain.

But what about current embargos?

As we can see in the figure below, there are dozens of economic sanctions currently effective, among many of which are trade embargos. As following you’ll find two examples descibing the nature of the modern usage of these economic tools.

Launched on October 16th, 1960 the first trade embargo on Cuba was imposed almost on all products imported from the US except from medicine and some food products. The decision had been directly connected with the political events of 1959 when communist leader Fidel Castro overtook the US backed president Flugencio Batista, and his later decisions of nationalization of US businesses in total number of 382. Castro’s clear relationship with Soviet Union during the Cold War and his unambiguous attitude toward the US led in 1962 to a permanent embargo covering imports from Cuba as well. Lasting nearly 60 years the embargo had been evolving throughout the years, abolishing some of the restrictions like in the Trade Sanctions Reform and Export Enhancement Act from 2000, which allowed cash-only sales to Cuba of US farm products and some medical supplies. This immediately incentivized the US exports and in just 4 years grew to 380 million USD in sales. But this example is only one of many blocked ways for both sides to enrich themselves by trading with each other. Ironically it’s estimated that every year both economies lose significantly because of this artificial ban, although with the US being thre bigger looser.

Without any doubt these economic sanctions contributed to a significant impoverishment of the country. While being imposed during the Cold War these had bigger justification, however still being in power after the Soviet Union collapse, it’s been met with much criticism. Specialists agree though that lifting up the trade embargo would lead to enhancing wealth among the population and strengthening the democratization process, helping out the country, currently in 127th place in GDP per capita (PPP) global ranking, to be back on proper tracks.

The more recent Gulf affair took place on June 2017 and surprisingly led to cutting off diplomatic relations with Qatar from 9 countries, among which Saudi Arabia, the United Arab Emirates, Bahrain and Egypt took part. The accusation was that Qatar was responsible for sponsoring terrorist organizations such as Shi’a militias in Iraq or Sunni Tahrir al-Sham, by paying them huge amounts for releasing previously captured hostages. Imposed restriction contains:

As the subsequence of these actions, gulf countries presented a list of demands in order to withdraw from sanctions, which contains among others closing a Turkish military base in the country or shutting down Al Jazeera satellite broadcaster. As Qatar disagreed on filling these demands, it’s being threatened with withdrawal from the GCC (Gulf Cooperation Council). Although the fact is, that the richest country in GDP per capita (over 127,659 USD, 2016) is convicted to endure such temporary turmoil and in order to preserve such now started to import food supplies from Oman ports as well as being supplied from Iran. Yet, even though such rich country can diversified its supply chain in such short period of time, in a long term these restrictions can be truly damaging for the country’s economy, as for now Doha’s stock exchange has lost 10% since sanctions were imposed on June 5. This shows that no matter how rich a country is, prolonged restrictions can in a long run truly damage a country’s economy and therefore impact its population.

Does a trade embargo work?

These examples show only a narrow aspect of the consequences of imposed trade embargos. Yet it reveals that no matter how rich a punished country actually is, bans can affect its economy, while in the same time they’re not automatically the ultimate instrument to solve the existing problem. Cuba is not the only example of a longstanding inefficient trade embargo. For many years there’s been trade restrictions imposed on countries such as Iran or North Korea, which did not solve existing problem, as those countries found their way to workaround restrictions, standing still with their policies and ideologies.

Click here to find out information about most recent EU – Japan Trade Agreement.

Check out some other articles by visiting our blog page.

Start to export: what precautions should companies take?
23/06/2016 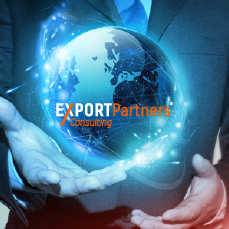